Skip to Main Content
Israelite Samaritans » About » ABOUT » Families

House of the High Priests

The House of Tsedaka Hassafari

Families of the House of Dinfi:

Today the Israelite Samaritans comprise four families derived from the tribes of Levi, Menasseh Itamar and Ephraim. Up until 1968 there were also members of the tribe of Benyamin.

However, only one House from the tribe of Levi now remains. The Priests of the Aabtaa (Arabic Dar Elhaftawi) are descended from Itamar ben Aaron, priest and brother of Moses. In the past, families of this household also lived in Damascus. Their duties were to escort the High Priests of the House of Pinhas ben Elazar ben Aaron. The line of Pinhas ended in 1624, when the last member died without issue. 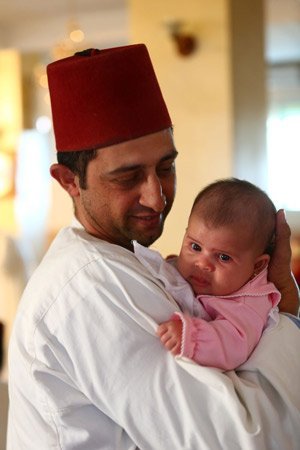 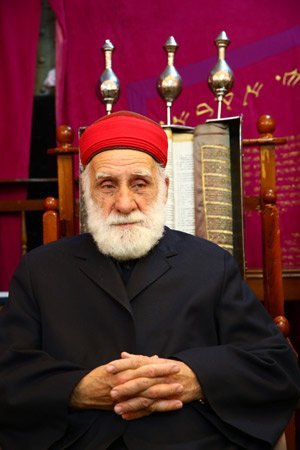 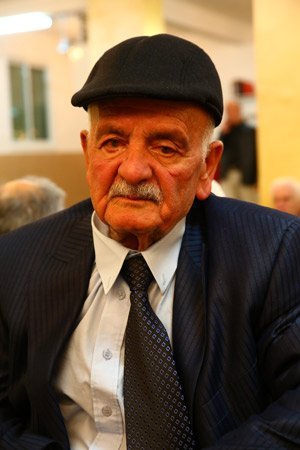 House of the High Priests

The sons of Itamar endured, despite the fact that only one 4-year-old child survived after his father died in 1787. Nevertheless, the line recovered, and all the present family are descendants of this child, Shalma ben Tabia. The eldest priest of the family had become High Priest in 1624. Since then, 20 High Priests have held office.

The House of Tsedaka Hassafari

Only one family remained from the Tribe of Menasseh, that of Tsedaka Hassafari (Dar Elsabachi). This family developed from one of the branches of the House of Menasseh in Damascus. The forefather of the family, Safar ben Jacob, lived in the 14th century CE. The family did not leave Shechem until the end of the 19th century.

1905 saw Abraham ben Marchiv move from Shechem to Jaffa. After his death in 1928 his sons moved first to Tel Aviv, then, in 1951 to Holon. There, Yefet ben Abraham established the Samaritan neighbourhood (with the help of the second President of the state of Israel, Isaac ben Zvi). Yefet  served as the head of the Samaritans outside Shechem until his death in 1982. Most of the family lives in Holon, and the rest on Mount Gerizim.

A third branch of the House, the family of Arieh ben Shalma (Dar Elnimir) survived until the last family member died on 25th March 2012. The House produced prominent figures in Samaritan literature, including Abraham ben Marchiv in the 19th century, as well as Ratson ben Benyamim and Yisrael ben Gamliel in the 20th century.
Back to Contents

From the Tribe of Ephraim two families remained, Dinfi and Marchiv. The Dinfi household lived in Damascus until the beginning of the 17th century.

One small family escaped from Damascus to Shechem in 1625, thus avoiding a pogrom which destroyed the remnants of the Samaritan community there. The Samaritans of Shechem adopted this family, which subsequently increased in number to become the largest.

During the 18th century the House of Dinfi separated into four branches named after their fathers. In the 17th century Yishmael ben Ab-Sikuwwa had given his name to the oldest family, Sirrawi (Dar Sirrawi). He served as a secretary in the Shechem administration (Arabic: Kateb Sirri), which was how he earned the nickname Sirrawi.

In Holon, half of the family changed their family name to Sassoni (an inaccurate translation of Sirrawi). Most of the family now lives in Holon and the rest on Mount Gerizim.

The other branch is the Altif family. The family takes its name from Abed Hanuna ben Jacob Hadinfi, nicknamed Iltafe, or “handsome”. So the name of the family branch became Altif (Dar Iltafe) in the 20th century. Most of the family lives on Mount Gerizim and the rest in Holon.

Unfortunately, two other families of the same House died out in the second half of the 20th century. The first and the oldest, named after their father Amshallemaa ben Ab-Sikkuwwa (Dar Imsallam), lived in Shechem in the 17th and18th centuries.

Marchiv, the second family of the tribe of Ephraim took its name from a forefather who lived in the 14th century. This family lived in Damascus, Gaza and also in Sarafand near Ramleh. The survivors arrived in Shechem in the 16th and 17th centuries.

In the 18th century the House separated into two families, Marchiv (Dar Mfarreg), firstly, the family named after their father, Marchiv ben Abraham. Secondly the family named after Yehoshua (Dar Aosh’a), the brother of Marchiv ben Abraham. Nowadays most of the Marchiv family live in Holon, and the rest on Mount Gerizim. All the Yehoshua family lives in Holon.  The most prominent personalities of the Marchiv household were Marchiv ben Jacob ben Yusef in the 17th century, also Yusef ben Yehoshua in the 18th century and Abraham ben Yashishakar.

Samaritans from the tribe of Benyamin survived until 1968. They came from Gaza to Shechem, all of them of the family of Matar (Dar Elmatari) in the 18th century. The last family member, a woman, died in 1968. The most significant personality of this House was Tabia ben Ab-Za’uta, a great poet and commentator who served as governor of Jaffa in the 18th century.

Of course, we will leave future historians to identify the most prominent figures in Samaritan literature of the present time.