THE KEEPERS (SHAMEREM) ARE A SMALL DISTINCTIVE COMMUNITY SEEKING PEACE

Who Are The Keepers?

Firstly, Who We Are Not

What Are The Keepers?

The Keepers’ Contribution To Peace

Who Are The Keepers?

When we, the Keepers – The Israelite Samaritans – think about our special identity among the peoples of the world, we consider how this identity is expressed in our culture. For example, every year when we offer the Passover Sacrifice on Mount Gerizim, we ask ourselves: Who are we? What are we?
Back to Contents 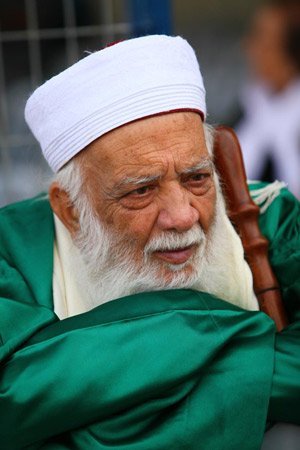 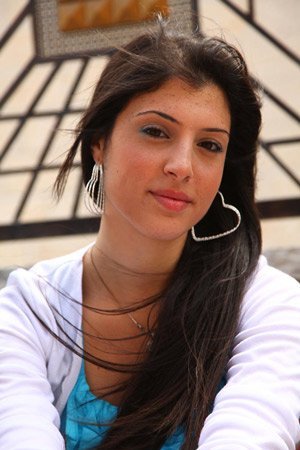 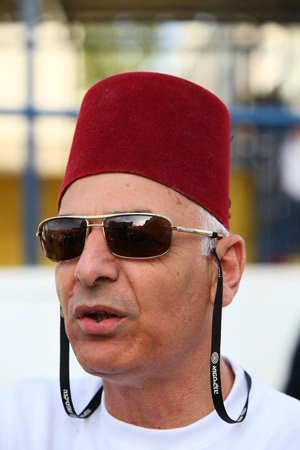 Firstly, Who We Are Not

We are not Samaritans; this is what the Assyrians called the people of Samaria. We, The Keepers, Sons of Israel, Keepers of the Word of the Torah, never adopted the name Samaritans. Our forefathers only used the name when speaking to outsiders about our community. Through the ages we have referred to ourselves as The Keepers.

We are not Palestinians. Most of those who call themselves Palestinians today are descendants of Jews and Samaritans who were forcibly converted to other monotheistic religions generations ago. This is supported by genetic research showing similarities in the DNA of Palestinians, Jews and Samaritans. It is interesting to note that there are large Arab families in the Middle East today whose names retain the Samaritan and Jewish Hebrew forms. Even the Danfi family, custodian of the Muslim holy sites on Jerusalem’s Temple Mount, is of Samaritan origin.

We are not Christians; nor are we Muslims; we are not Druze; and we are not Adyghe (Circassians). Nor are we Baha’is. We are not Shiites nor Sunni Muslims, nor are we Alawites.
Back to Contents

We are the children of the ancient People of Israel. If we ever left this land, it was because we were forced out, against our will. In the last 127 generations, since Joshua Bin Nun entered the Holy Land, we, descendants of the tribes of Levi and Joseph, have remained faithful to the Word of the Almighty of Israel, His Prophet Moses, the Torah of Moses and the Chosen Place of the Almighty, Mount Gerizim. (Sources: some manuscripts of LXX [the Septuagint] and the Dead Sea Scrolls).

The Israelite Samaritans are Hebrews, the sons of Abraham, Isaac and Jacob. Yosef ben Yaakov is our father. Joseph gave birth to two sons, Ephraim and Menashe. When the Israelites entered the Promised Land, the land was divided into twelve tribes. The tribes of Ephraim and Menashe had the Shomron and Gilead regions. The tribe of Ephraim spread from the Dead Sea to the Mediterranean coast. In this way, his inheritance encompassed settlements of the northern tribes and the tribes of the south.

This heritage gives us our full title: The Sons of Israel, Keepers of the Truth of the Torah. We shortened this to The Keepers (Shamerem, singular: Shameri). This is how we have referred to ourselves down the ages in the Israelite Samaritan chronicles. Guardians of the true tradition of the People of Israel, we are the faithful descendants of the ancient Israelite People.
Back to Contents

What are The Keepers?

So far, we have discussed who we are. Now, what are we?
The Shomronim are a small community, part of the People of Israel since before all the confrontations and tensions that characterise the Middle East today. We have our own script: Ancient Hebrew. We have our own language: Ancient Hebrew, as pronounced by our ancestors. And we have our historical tradition, spanning the thousands of years of our existence in the Land of Israel. These three hallmarks distinguish us among the nations and make us proud of our continued existence as a minority people.

In our prime, during the 5th and 6th centuries CE, The Keepers numbered around 1,500,000. Today, we are only 760 individuals, but this is encouraging when we realise that today’s population is more than five times the 1919 figure. Then, we were only 141 individuals, and very close to extinction.

Today our community is thriving and, unusually for the developed world, we have a low average age.
Back to Contents

The Keepers’ Contribution to Peace

The Keepers are known to seek peace. We are not a people who stand on the sidelines, watching others attempt to build bridges in the Middle East: we are the bridge, the Bridge of Peace. The Shamerem, the Israelite Samaritans, demonstrate this in our way of life, as we seek to live peacefully alongside all the peoples of the Middle East.

We are a model of coexistence, and welcome all visitors to our neighbourhoods. In turn, we are welcomed in the offices of Prime Minister Benjamin Netanyahu in Jerusalem, the President of the Palestinian Authority in Ramalla, King Abdulla El Hussein II in Amman, the British Parliament and the Foreign Office in London, the White House and the State Department in Washington DC, and European Community offices in Brussels.
Back to Contents

At our Passover Sacrifice ceremony you see crowds from all over the world, there to observe the sacrifice. See the peoples of many nations meet in peace at the top of The Mountain – not as Isaiah and Micha predicted, in Jerusalem, but on the top of the Chosen Place of the Almighty: Mount Gerizim.

See the Mayor of Nablus, the Palestinian Military Governor and Palestinian senior officers sitting together with senior officers of the Israel Defence Forces in an atmosphere of peace. In the same room are leaders of the Abrahamic religions and diplomats from around the world. All gather to honour the Samaritan Passover.

This is the Ancient Israelite Keepers’ humble contribution to peace in the region. Perhaps for the first time since the days of our forefather Abraham, enmity between peoples in the Land of Israel can be put aside, at least temporarily, and replaced by a feeling of goodwill.

Along with our Holy Torah we have a unique history, ancient and modern literature, special customs, ancient poetry and music, sports teams, and a rich social life. All of these, an extensive archaeological site on Mount Gerizim, and one of the oldest indigenous cuisines in the land of Israel testify to our unique culture and heritage.

They are part of the fascinating story that attracts thousands of visitors to our neighbourhoods and sites throughout the year, every year.

It is important to gather correct information about the Samaritans based on facts, and found on this website.