Now available in English, in ebook format on Amazon Kindle, the first-ever Samaritan Cookbook takes you on an adventure into this little-known world of Israelite food and drink. We journey to both halves of the community: in Holon, outside Tel Aviv, and Kiryat Luza, on Mount Gerizim near Nablus. Most people have heard the Parable of the Good Samaritan, but few realise that the community is once again going strong today, much less tasted or prepared any of their cuisine. Despite almost fading from the history books, the Samaritan way of life has survived 3,000 years in the Holy Land. From hummus and avocado sesame salad to lamb meatballs with pine nuts and chicken with za’atar, Samaritan cuisine is a unique blend of Mediterranean traditions, reflecting the flavours and spices of contemporary Arabic and ancient Levantine neighbours 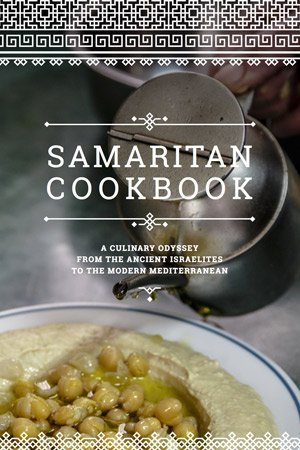 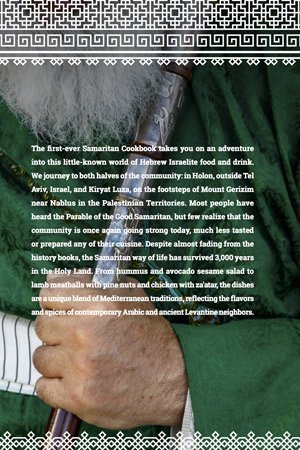 Extract from Ben Piven’s Introduction to the Samaritan Cookbook 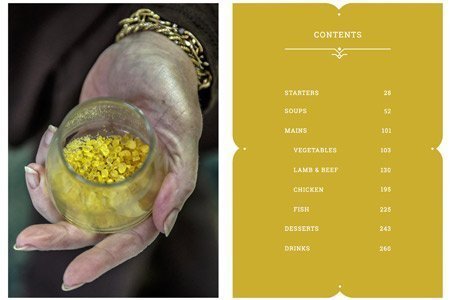 The delicious dishes are grouped into starters, soups, mains, desserts, and drinks. Each recipe is combined with directions, commentary, and photography in a visually appealing spread. Many have some broader cultural reference with anecdotes from the Samaritan cook who originally put the instructions on paper. Sometimes this might revolve around a holiday celebration, and contextual descriptions explain the background of the items. The style of the Samaritan Cookbook fuses old and new, giving a modern feel to 3000 year-old motifs.

The team behind the Samaritan Cookbook is New York-based. Editors Ben Piven and Avishay Zelmanovich envisioned this effort as a way to produce a contemporary take on the original 2010 cookbook put together by Holon, Israel-based Benyamim Tsedaka, a Samaritan jack-of-all-trades who serves as their chief academician. The community itself is spilt between that southern suburb of Tel Aviv and the town of Kiryat Luza, just outside the Palestinian city of Nablus on the slopes of Mount Gerizim in the so-called West Bank.

We Israelite Samaritans have a unique experience through a long, tumultuous past spanning thousands of years. We still carry out the same annual festivals, and visits to holy places during days of happiness and days of mourning. Our days of flourishing and good fortune, as well as days of withering, all in the Land of Israel, give us continued hope that we will last forever.

One of the most important parts of Samaritan identity is the special cuisine delivered by our ancient forefathers – from the days when the menu and ingredients were quite sparse, to the days that it became enriched with hundreds of different kinds of spices and dishes. From this extensive kitchen, we have selected 72 of the best dishes, all of them an expression of over 3000 years of Israelite history. These dishes are influenced by this narrow strip of land in the Levant that connects the cultures of Africa, Asia and Europe – with a special Samaritan touch.