Published in 2017: Understanding the Israelite Samaritans 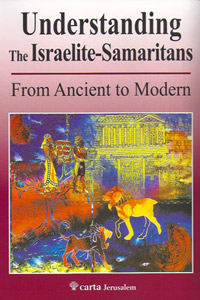 – From Ancient to Modern, An Introductory Atlas 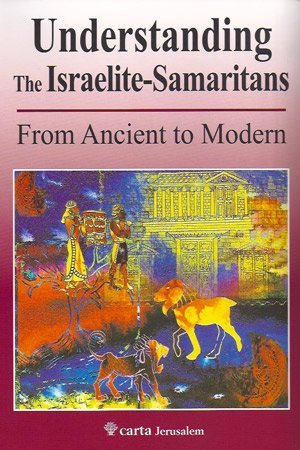 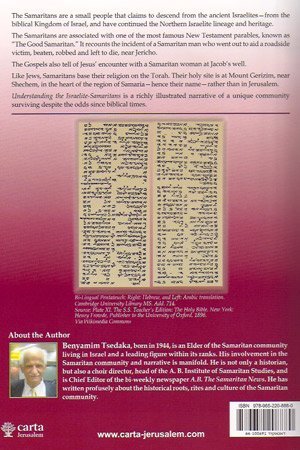 Understanding The Israelite Samaritans introduces the reader to Israelite Samaritan roots, history, religion and culture. The history narrative ranges from the origin of the Samaritans, through Assyrian attacks on Israel and Judah in 724-721 BCE and the Exile. It covers Roman rule from the 1st century BCE to the 1st century CE and the spread of Israelite-Samaritan settlements in the Mediterranean and beyond in the 1st and 2nd millennia CE. It is well-known that there were Samaritan settlements in Samaria and Israel. Intriguingly, and less well-known there were also Samaritan communities in Syria, Lebanon, Egypt, Transjordan, Persia, Greece, Delos, Crete, Syracuse, Sicily Constantinople and Croatia.

Benny explains the structure and origin of the Israelite Samaritan Pentateuch, and the significance of Greek Septuagint translations. (For example, a Samaritan pentateuch must have been available to the Greek translators because of the correspondences between the Septuagint and the Samaritan versions. As Benny concludes: the Septuagint is much closer to the Samaritan pentateuch than to the Masoretic version.) The “proto-Samaritan” texts from Cave 4 at Qumran and the earlier texts used by the translators of the Septuagint represent the earliest versions of the Pentateuch known today. The Masoretic (Jewish) version was elaborated later, in the Second Temple period.

Other sections cover the principles of Samaritan religion and the evolution of Samaritan liturgy (the fixed prayer service used today was established in the 14th century CE).

Benny devotes space to the importance of Marqeh in Samaritan philosophy and eschatology. Marqeh, the greatest Samaritan sage lived in the 4th century CE. In the Samaritan tradition, Marqeh knew when the tabernacle of Moses would be rediscovered, heralding a better world. According to Marqeh: “The good and mighty God declares that the tabernacle will be revealed not in wars, not in killing and slaughter, but when there is an improvement in the moral conduct of the Children of Israel as an example to all humanity, and the hearts of the children of Israel will be united, and their hearts and speech will be filled with awe of God. That is what God asks”.

Benny explains the concepts of purity and impurity in Samaritan everyday life and in relations between husband and wife. He also describes how Samaritans navigate through these concepts and remain in accord with the tenets of their faith.

He concludes with sections on Politics, Culture and Education, Music and Youth.

Understanding the Israelite Samaritans can be ordered from CARTA, Jerusalem, and from Amazon: