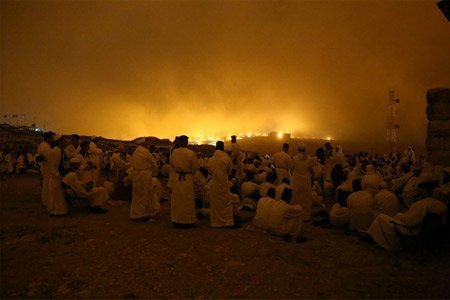 The Israelite Samaritan community in Holon had sleepless nights recently, concerned whether adequate safety measures would be in place in the Kiriat Luza neighborhood on Mount Gerizim during the Passover Preparations and the seven Passover days.

The Holon community, as well as many of their relatives on Mount Gerizim, have expressed concern at a new phenomenon. Since the military barrier on the Nablus-Kiriat Luza road was removed over a year ago, there has been a stream of unwelcome visitors from Nablus to the Kiriat Luza neighborhood in the evening. Thousands of them seek to buy alcohol in the Samaritan shops. During the few days when snow lay on the ground, some of them threw snowballs at the windows of Samaritan houses, and some made inappropritate comments towards Samaritan girls and women in the street. These new events have worried Israelite Samaritans, who are now demanding that the barrier on the Kiriat Luza-Nablus road be replaced, to deter unwelcome visitors.

It should be noted that those seeking alcohol only buy bottles, and do not stay to drink them on Mount Gerizim, but return to the Nablus area immediately.

The removal of the barrier was an integral part of the new Israeli policy to permit easier passage and transportation between the main West Bank cities, so as to improve the economic life of all Palestinians.

There are also beneficial consequences of the removal of the barrier. For example: it promoted the establishment of new businesses in Kiriat Luza. A new commercial Visitor Centre has opened, a new Tourist Centre has been developed on the top of Mount Gerizim, and there are new shops and mini markets in Kiriat Luza where visitors may buy souvenirs, soft and alcoholic drinks, and eat Samaritan dishes in the new restaurant. The new Tahini factory has doubled in size and will relocate to a more suitable site near the neighborhood. In addition, many commercial storerooms and warehouses are now available.

The committee of Kiriat Luza has soothed the anxieties of the community by confirming that the barrier on the Nablus-Kiriat Luza road will be reinstated by the Israel Defence Forces throughout Passover. Before the Passover ceremony itself, the expected flood of visitors with be limited to the capacity of the security facilities. New signboards welcoming visitors and explaining the rules of behavior in Luza will be displayed at the entrance to the Samaritan neighbourhood.