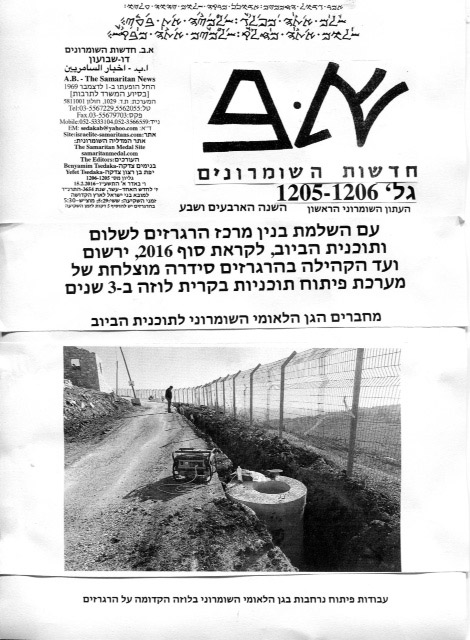 (Photo: Connecting the National Samaritan Garden to the Sewerage Project)

The Mount Gerizim International Peace Centre has been completed with the addition of a third floor to the building.

The completion of these two projects will represent a successful conclusion to 3 years of development in Kiriat Luza, overseen by the Mount Gerizim Community Committee.

In the English section:

Priest Jacob b. ‘Azzi Reports from Nablus to the Palestine Post