With sadness we report that Lord Avebury, who represented the interests of the Israelite Samaritans to the British government, has died aged 87. 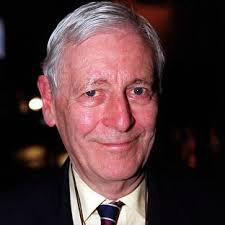 Lord Eric Avebury died peacefully at his home in south London on 14 February 2016. He had been suffering from acute myeloid leukaemia. Lord Avebury was highly respected in British politics. He campaigned internationally for human rights, becoming involved in Israelite Samaritan affairs in 1995. He intervened many times on behalf of the Samaritans, encouraging the British government to support the Samaritans in their efforts to survive and flourish in the presence of larger, more powerful political blocs in the Middle East.

In August 1995, as chairman of the Human Rights Committee of the British parliament, Lord Avebury encouraged direct contact with the Israelite Samaritans through the British consulate in Jerusalem. He supported efforts to find Torah manuscripts stolen from the Nablus Synagogue in March of that year. The letter he initiated to Prince Hassan of Jordan was signed by twenty-two members of the UK parliament. (The manuscripts are currently in the hands of an antiquities dealer in Jordan).

October 2000 saw the start of the second Intifada. Lord Avebury convinced the British government to assist the Israelite Samaritans by making direct contact with Yasser Arafat, president of the Palestinian Authority. They encouraged Arafat to calm the situation in the Nablus area and on the route between the two Samaritan population centres: Holon in Israel, and Mount Gerizim in Samaria. Consequently, the Samaritans were able to go about their daily life and religious affairs in greater safety.

Eric Lubbock was educated at Harrow, England, Upper Canada College, Toronto, and at Oxford, where he read Engineering Science. He served as a second lieutenant in the Welsh Guards from 1949-51. He was a Liberal MP in the House of Commons from 1962 until 1971, when he entered the House of Lords as Lord Avebury. In both Houses he energetically promoted Liberal causes, particularly the rights of minorities, including refugees, asylum seekers, gypsies and travellers. A Buddhist himself, Lord Avebury campaigned for the toleration of other beliefs, including the Ahmadi Muslims, a sect who endure persecution in many countries.

Lord Avebury enjoyed a prodigious workload, and until illness overcame him he never missed a House of Lords sitting. Other enthusiasms included golf, engineering and science, Early Music, the London Bach Society, and family history.

The Israelite Samaritans, have been in touch with Lord Avebury several times each year to update him on our community’s situation. In 2006, at a special event in London, the Samaritan Medal Foundation awarded him the first Samaritan Medal of Peace and Humanitarian Achievements.

We have lost a champion and a dear friend.

We offer our sincere condolences to his family.

May his soul rest in peace and his memory be kept for ever.