A Festive Issue for Shavuot, The Festival of Weeks

Many examples of Ancient Israelite Samaritan music (“shiran“) are today accessible on the internet via the website of the National Library in Jerusalem:

Some 600 hours of shiran are available, including 400 hours by the late Ratson ben Benyamim B. Shelach Tsedaka Hassafari, described by experts as “King of the Shiran’.

RATSON TSEDAKA on this site.

The yard of the large Israelite Samaritan synagogue in Holon was dressed in a new cloth, to the enjoyment of worshipers and visitors alike. (Photo on from page of A.B. the Samaritan News)

Bank of Palestine in Nablus has made a grant to the charity The Samaritan Narrative, supporting the charity’s activity for the next three years. 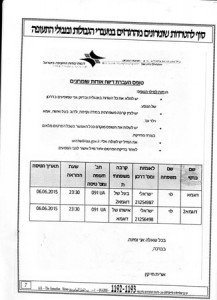 The Samaritans Under Islamic Rule

An Exhibition of the Festival of the Unleavened Bread Displayed in JCC Pittsburgh, Pennsylvania

A.B. – The Samaritan News was first published in December 1969

The Editors are the brothers Benyamim and Yefet Tsedaka.